A tradition as old as time itself. Every since the dawn of mankind, students, still caught in the delirum of summer, have been dragged around a supplies spot, armed to handle the harsh lessons ahead. In the early days, the young lads were given a spear and taught to hunt down their lunch before they could go to recess. Somewhere along the way, we dropped the sharpened spears and instead sharpened our pencils to tackle Pythagoras' therom.

As the ages evolved, so too have our back-to-school shopping lists. Even now, it may seem barbaric to think you would have to sharpen your pencils , what with all the mechanical pencils and fancy kids with their portable computers. And then there are those who are brazen enough to forgo the forgiving erasability of the aformentioned, and use a pen instead. Now, it's courageous and all to kill an antelope to feed your family, but it takes a different level of confidence to attempt a math problem with a pen. But that's getting off topic.

And so, we find ourselves at another pivotal turning-point in the crucial days before school. With what 2020 has offered us so far, it's not an exageration to say things have changed. With it, so to have our school essentials. Fortunately, we've thought ahead, and thus have prepared for you, a school shopping list carefully designed to tackle what very well may be the most interesting school year of the past century.

Of course, it's not just our back-to-school checklists that have been forever changed, but also how we go about conducting our resupplying. Like the first men before us, venturing into the wild outdoors could prove to be a perilous journey. We have no idea what could be waiting for us on all those contacted surfaces. Rather than risking you life to buy a notebook that'll never actually be used, sign up for a Prime Student 6-month free trial and get all your shopping done online. It's free, it's fast, and most importantly, it's a heck of a lot easier than getting your hind off the couch to go outside. 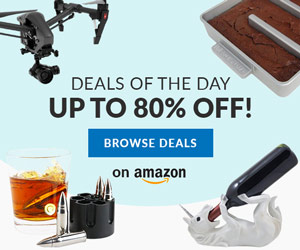 Living Sharp is a hand-picked list of the best products available online. We scour the web for the most unique finds and only make commission off what our readers actually buy.